The creativity of our fellow CRMers does not stop to surprise me. They go to the extraordinary lengths to avoid code because, as the true masters of their craft, they do not parade the skills just for the sake of it. But, as I was preparing the awesome tip #691 I couldn’t help but repeat “there must be a better way”.

true developers only write code when there is no any other way or when the alternative is too painful to execute. 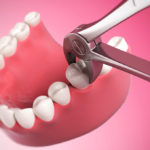 Compare setting up a fake workflow with the script that uses PowerShell module for Dynamics CRM Organization Data and extracts all templates including Excel ones into a temp folder in one sweet move:

PS. Credit where credit is due. After writing the script above I found the equivalent C# code, so I won’t be claiming land rights on this one.